My initial post on my new blog will be a summary of the boardgames I have been playing with my regular opponent and best friend Mike.  We played Advanced Squad leader almost weekly for the better part of 20 years.  We eventually came to the conclusion that Mike was much better than I was and I very rarely beat him.  We decided to move on to some games he owned but had never played.  I’m sure we will eventually play ASL again, but those games will be few and far between.

Over the summer of 2017 we broke out a number of games.  Starting with The U.S. Civil War from GMT Games.

We played it a couple of times and found it to be a solid game that Mike thought captured the conflict very well.  The Cavalry and Supply aspects were excellent. The problems of both sides were evident and we got a real sense of the difficulties the Yankee and Rebel commanders had to deal with.

Next we played Ukraine ’43 by GMT games

We didn’t get the same good feeling from this game that we had with the Civil War game.  It worked alright, but some things didn’t jive with us.  The rail conversion for the Russians seemed slow, and really hampered Mike’s ability to extend his supply.  Perhaps this was how it really was, but it didn’t seem to translate well for us.  The combat seemed very indecisive and the game didn’t seem to flow well.

While in Oklahoma City on the way to our summer ASL tournament in Texas (Texas Team Tournament in Round Rock) Mike picked up a game called Sekigahara  About the unification of Japan in 1600.

We played it a few times, with the first couple of playings missing some important steps.  Once we figured out what we were messing up, the game really came into it’s own.  Simple to play, difficult to be successful as both sides.   Tokugawa (black blocks) and Ishida (yellow blocks) struggle for resources and castles.  The game moves quickly, without dice, and makes your head hurt in a good way.  Some photos: 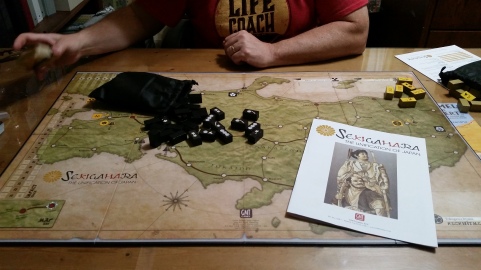 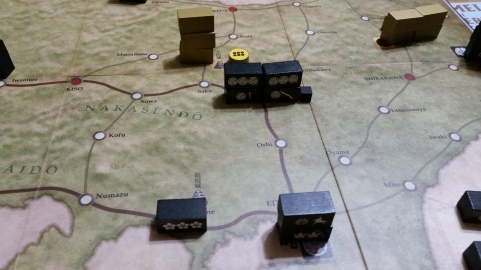 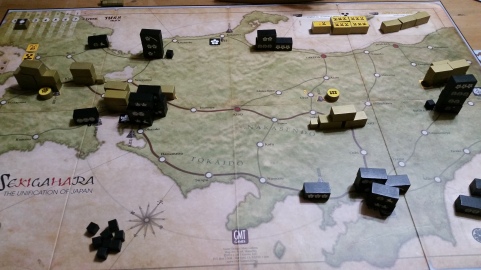 No doubt we will be playing this one again and again.

Lastly, we played Rommel in the Desert 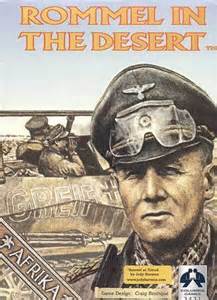 This wasn’t for us I guess.  The reviews were top notch and the game has been around for a while.  We played the 1941 scenario and was hugely disappointed.  We thought it was us.  That perhaps we weren’t doing something right but after searching high and low, we determined that we weren’t missing anything.  The game was stagnate, the German player was severely restricted in movement due to only getting 2 action cards per turn and it was possible to draw both of them as dummy action cards.  There was no flow, no swirling melees, the combat was indecisive.  We finally gave up out of boredom. 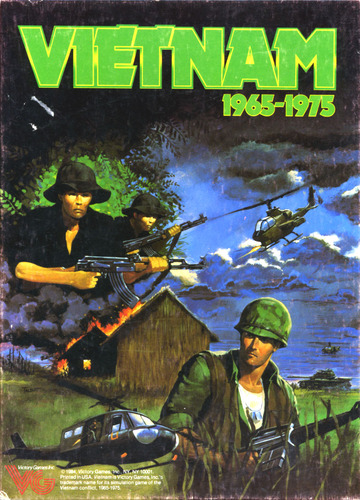